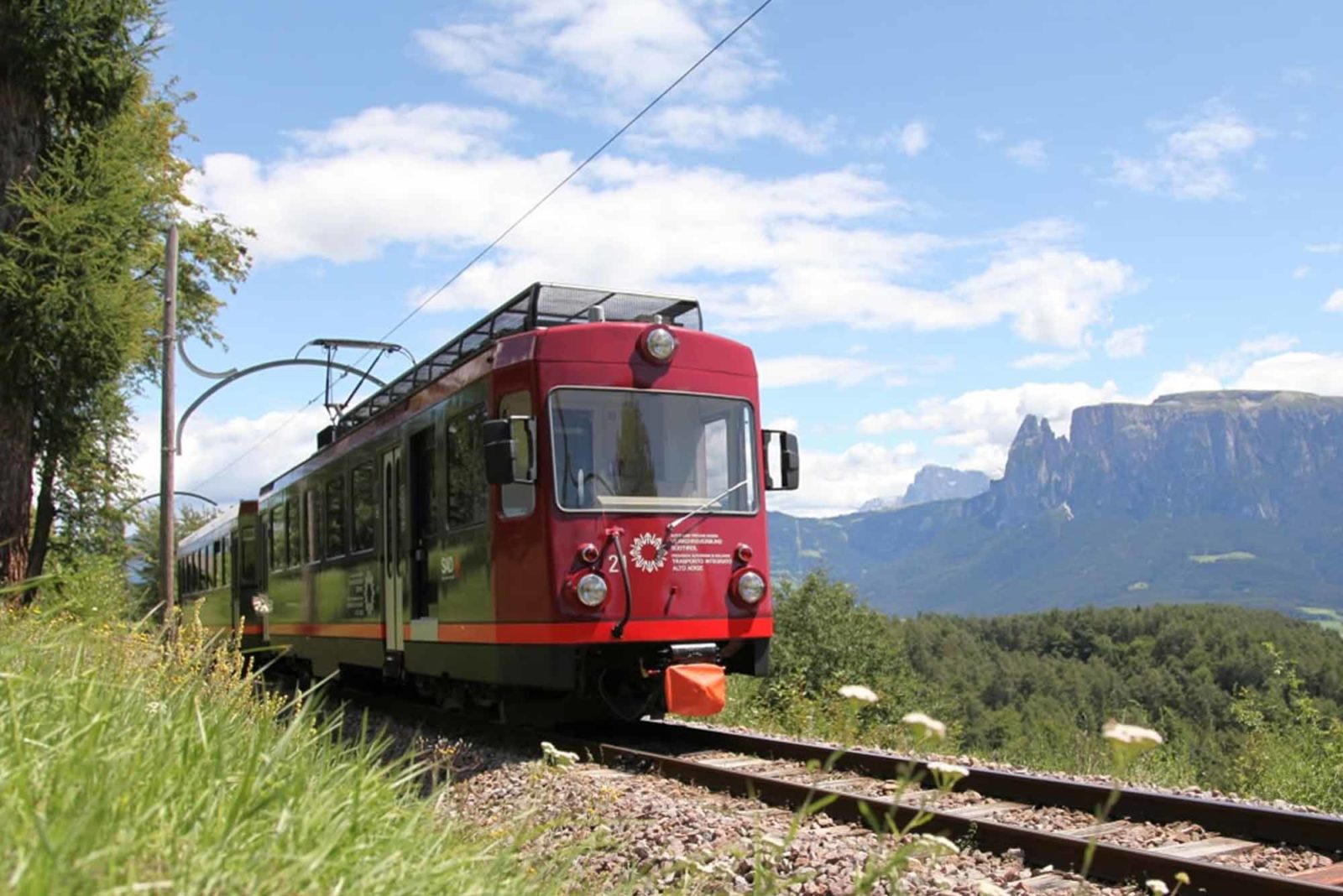 Travel like in the times of emperors: the Rittner narrow gauge railway

When you travel, you look ahead. This is different on a trip with the Ritten narrow-gauge railway, the “Bahndl”, as it is affectionately called in Ritten. This historic train takes us not only from Maria Himmelfahrt via OberBolzano to Klobenstein, but also deep into the history of travelling.

This began for the narrow-gauge railway in midsummer 1907. At that time, the proud Rittner Railway was opened, a technical marvel from which Swiss mountain railways borrowed. Directly from the heart of Bolzano, Piazza Walther, you take the cog railway first out of the city and then steeply uphill. After all, on the way to Maria Himmelfahrt through Ritten almost 1000 metres of altitude have to be climbed. A fantastic performance!

A ride on the Rittner narrow-gauge railway takes you back to the origins of tourism.

Once arrived in Maria Himmelfahrt, “das Bahndl” could take a breather, because from there the journey went on to Klobenstein via OberBolzano and Lichtenstern without any significant difference in altitude. That was the end of the line.

The last stop for the cog railway was the year 1966: because it was believed at that time throughout Europe that railways were a thing of the past, they were gradually abandoned. Even those in Ritten. What remained was only the flat section on the Ritten itself, the last narrow-gauge railway in South Tyrol. A Bolzano-Ritten connection thereby became a Maria Himmelfahrt-Klobenstein connection. As such it is not only appreciated by the riders themselves, but also by numerous guests who want to experience a special kind of trip. In the partly historical wagons, you feel like you are travelling back in time, and a panorama passes in front of the windows that is comparable to few in the world: Dolomite peak after Dolomite peak against a mostly bright blue sky.

And to make sure you don’t miss the Rittner Bahndl, here’s the timetable.

Curious witnesses of the past: the earth pyramids at Ritten