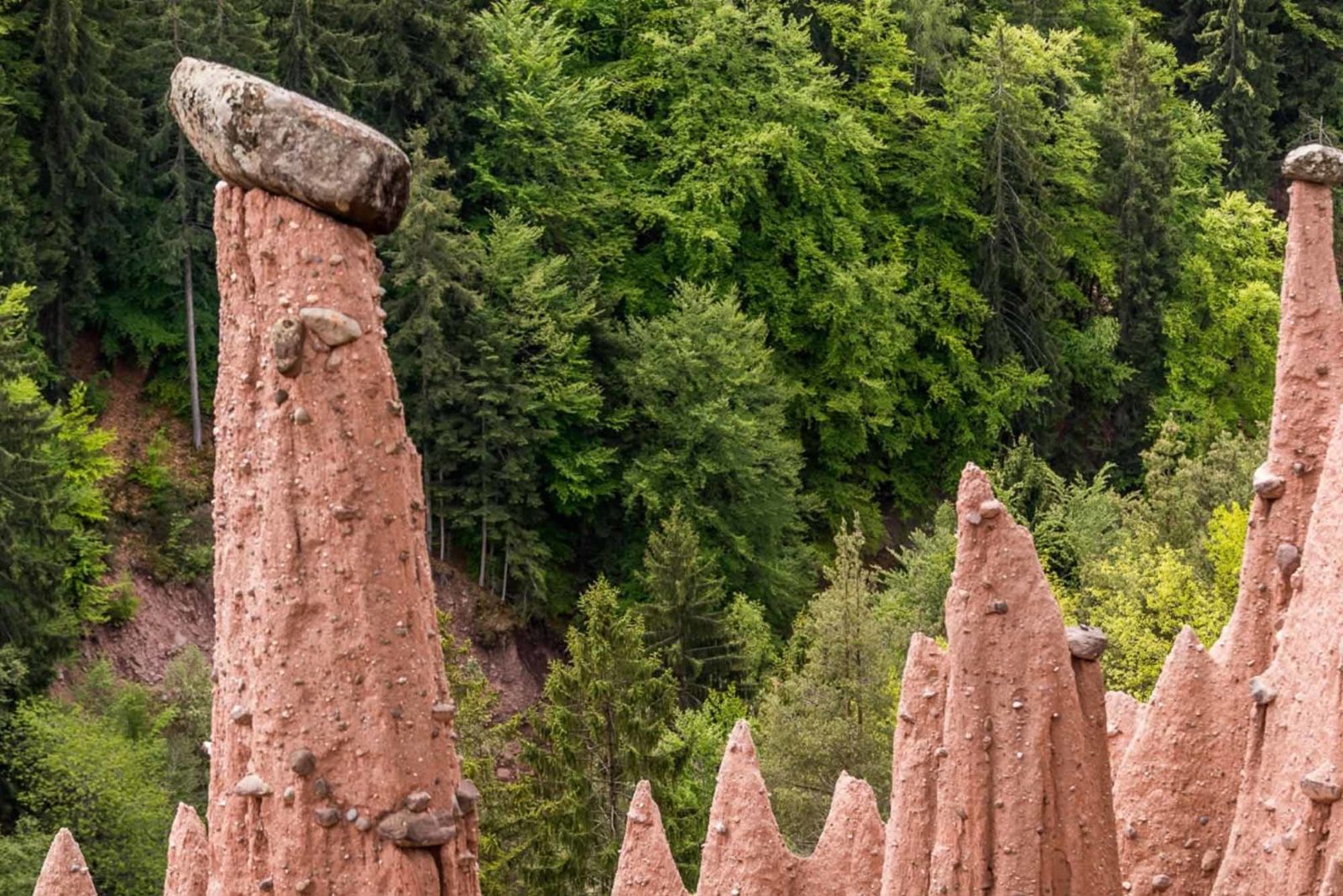 Curious witnesses of the past: the earth pyramids at Ritten

When the forces of nature get to work, no stone remains unturned – at most often one on a pillar of the earth. Then curious earth pyramids emerge, in three places in Ritten – in Unterinn, Lengmoos and OberBolzano. Their story is worth telling.

For earth pyramids to be able to form at all, relatively loose soil is needed that is interspersed with large stone blocks. As well as an incredible amount of time. Over thousands of years the rain washed out the loose soil, the water washed away the material, the layer of earth was slowly removed. Only the boulders in the earth remain, looking like an oversized umbrella here and there. They protect the underlying soil from the rain and while the earth disappears around them, curious columns of earth are left behind, until the stone balanced on its tip can no longer hold itself and falls to the ground. Then also the earth pyramids literally stand in the rain and decay.

An excursion to the earth pyramids is a journey into geology

Our excursion into geology can and should be combined with real excursions in Ritten, because the earth pyramids are worth seeing at all three places. In Unterinn they seem to grow out of the middle of a forest, in OberBolzano they can be seen up close and those in Lengmoos form the curious foreground of a uniquely spectacular Dolomite panorama.

Because the beauty of the earth pyramids is well known in Ritten, the so-called earth pyramid path has been laid out where you can experience them up close. They are also easy to reach for those who are not quite so mobile: those from OberBolzano are not far from the mountain station of the Rittner cable car, those from Lengmoos can (almost) be reached by the Rittner narrow-gauge railway.