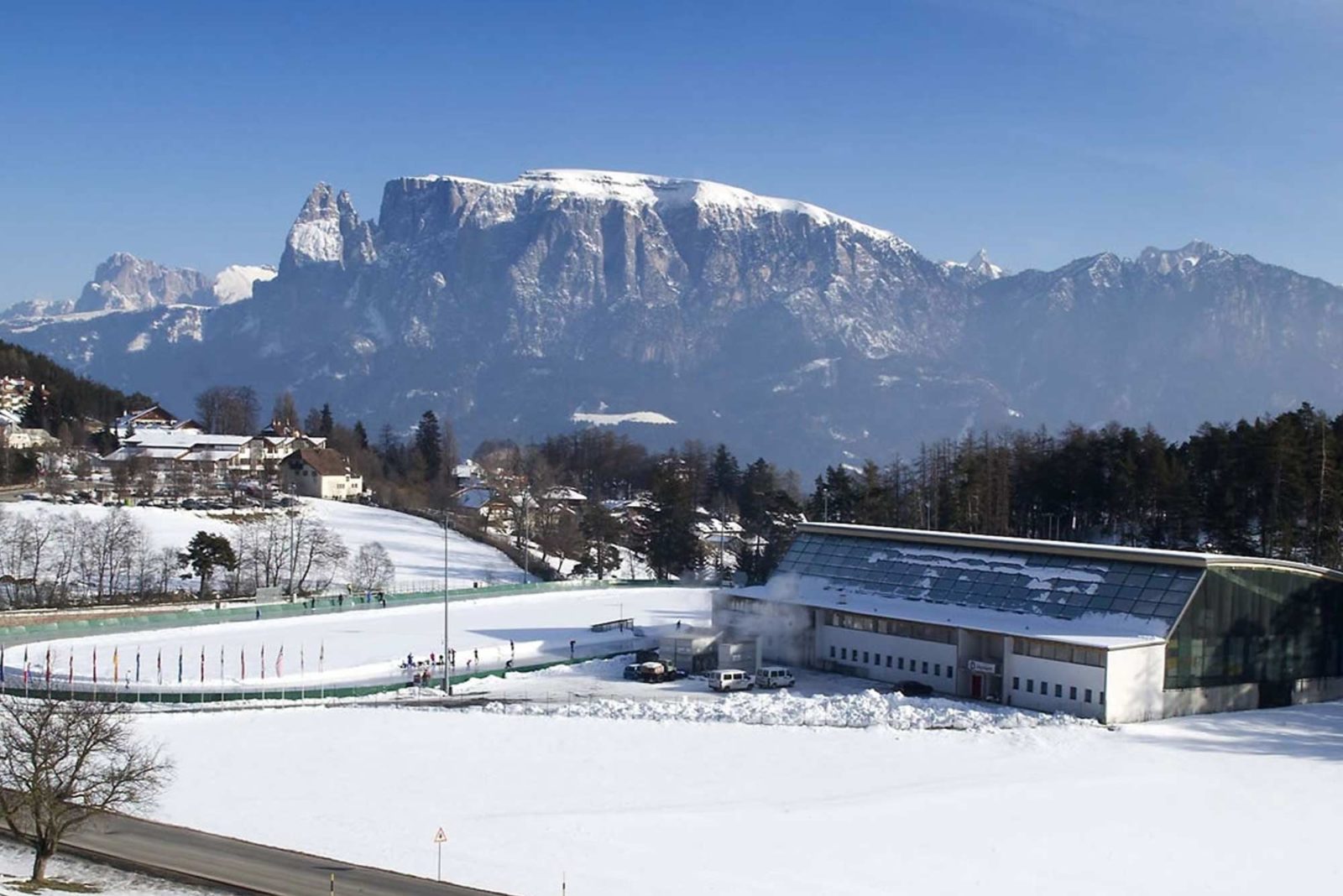 Ice skating in its most beautiful form: the Ritten Arena in Klobenstein

Even in the early days of ice sports, Ritten was regarded as a South Tyrolean Mecca. Especially on Lake Costalovara, which was reliably covered with a thick layer of ice in winter, those who could afford a pair of ice skates held a race. In the 1930s, ice skating on the Ritten took on clearer contours, and the first clubs – above all an ice hockey club – were formed.

So ice has been an important element in Ritten for decades, shaping the winter: as a prerequisite for figure skating and speed skating, but also for the sport of ice hockey, in which the “Rittner Buam” have now been among the national top players for years.

Best conditions for ice skaters: inside and outside

Lake Costalovara is idyllic, but it could not keep up with the requirements of modern ice sports, and since even an icy parking lot could not be a solution in the long run, an innovative, ultra-modern sports centre was created in Klobenstein with the Ritten Arena, which also has an ice rink and an ice ring. Since then, ice athletes have found the best conditions for their sport (and their pleasure) here – indoors as well as outdoors.

So if you like ice skating yourself, you don’t have to do without your hobby during your winter holiday in Ritten. On the contrary: a visit to Ritten Arena is worthwhile, all further details can be found on the official website of Ritten Arena.

Travel like in the times of emperors: the Rittner narrow gauge railway